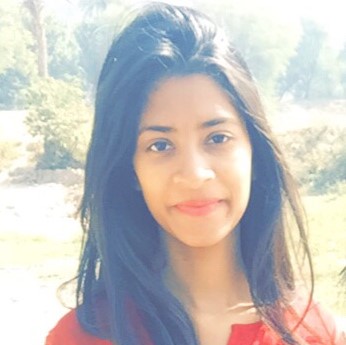 Transforming and showing the modified data to the user is what pipes are used for, in Angular. Pipes help to apply to fine-tune the data and display value transformation to the user. Pipes can also be thought of, as styles that we apply in the HTML template. A pipe takes in some data as input and returns an output based on the output of transform function evaluation.

Angular pipes definition and its usage is pretty straightforward and realizing that they can be very useful as the name suggests. Angular comes with tons of helpful built-in pipes that are ready for use and also allow us to create our customized pipes, and we are going to dive into it briefly in this.

A simple example of a pipe would be like:

In the above example, we have used a pipe operator on the birthdate by interpolation. Here, we used the Date pipe function on the right.

Angular provides various built-in pipes which can be used typically for the data transformations, including currency, decimal, upper and lower case along with transformations for internationalization, which use locale information to format data. The following are commonly used built-in pipes for data formatting: DatePipe: Formats a date value according to locale rules.

There are many more such built-in pipe functions that Angular provides us with. Let us see some of them next.

Slice - used for a list or a string to be sliced.

Some of the parameters used with this pipe function are:

Currency - Transforms a number to a currency string

Some of the parameters used with this pipe function are:

JSON - Converts a value into its JSON-format representation

Angular also provides us the feature to use two or more pipe functions together in a useful combination. This process is known as the Chaining of pipes.

We can also parameterize pipes using the ":" after the pipe function like:

Another interesting concept with pipes in Angular is that we can create our very own custom pipes and enhance the working of our data. Steps Involved In Creating a Custom Pipe In Angular are

Once we are done creating the Pipe class, we go to app.module.ts and register our pipe.

To finally put some logic behind the task of our custom pipe, we use PipeTransform.

So, to maintain the required standard structure, we use the transform() method inside PipeTransform.Now, our motive is to convert some random number to a readable format of kilograms and to do that, we put logic inside transform() as follows

Now to use it in the HTML,

To add a custom argument to your output, simply add the capability of extension to the Transform() method as follows.

This is how you can create a custom pipe for your own.

Pipes, in general, have two categories

Pipes is one of the most popular features that any developer can use to do some quick changes as per the business requirement because Pipes are very handy that it can get the work done with the minimal setup yet effective transformation, for that we can consume all the given pipes and not so then create the customized pipe to get started.

This blog post explains how using a pipe, we can transform data and display it to the user. It also discussed the use of built-in pipes in Angular like DatePipe, PercentPipe, etc., and how we can create and use Custom pipes to enhance the working of our Angular projects with the code examples. By the end of the article, some light was put on Pure and Impure Pipes and their examples.