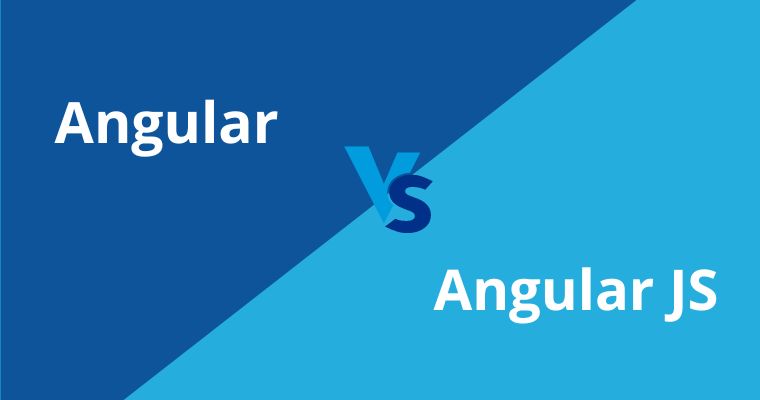 What is the difference between AngularJS and Angular?

The journey started around 2009 and 2019, so the framework survived for a decade which shows that it’s a very successful product given by Google, but the huge success comes with a great responsibility to maintain and upgrade it for future concerns. By the time, of AngularJs, the Angular team has decided to revamp it completely and make a sustainable product, hence the newly created structure called Angular 2 which is a completely rewritten of the AngularJs framework.

What is the difference between AngularJS and Angular?

Angular is one of the widely used web frameworks developed by Google, it's been a year now and people are using and upgrading their projects to Angular. The journey started around 2009 and 2019, so the framework survived for a decade which shows that it’s a very successful product given by Google, but the huge success comes with a great responsibility to maintain and upgrade it for future concerns. By the time, of AngularJs, the Angular team has decided to revamp it completely and make a sustainable product, hence the newly created structure called Angular 2 which is a completely rewritten of the AngularJs framework. Still, people are confused between both words like AngularJs and Angular and it may be confusing for the audience as well. There are certain differences between them because Angular 2+ is completely re-written over AngularJs.

Angular is a completely Typescript-based alternative option to AngularJS or we can say the successive upgrade that is used to create the dynamic web applications. It is the upgraded version After the Angular 2 version that is being used widely in the world. A few of its key features are that it is pretty easy to do the app development, has an advanced modular design pattern, and is significantly faster in comparison with AngularJS ultimately.

While compare with Angular, AngularJS, on the other hand, is written completely in Javascript and can be used as the term for all v1.x versions of Angular such as AngularJs 1.2, 1.3, etc periodically. AngularJs was founded in 2009 and is also commonly referred to as Angular 1.x. AngularJS is an open-source, single-page applications development framework that also has its impressive features such as the dynamic ability to render static HTML to dynamic HTML. And It has a number of filters and directives packed with it to work with the business logic along with the HTML templates.

so let’s see a few important differences which are listed below.

Angular 2+ uses a component while AngularJs uses terms controller and scope, and Angular 2+ is more similar to other frameworks and libraries such as React and Vuejs which use components that contain business logic while templates represent markup.

We need to keep in mind the exact ng directive in order to bind the property in AngularJs, but in Angular 2+ we have () bracket for event binding and [] brackets for the property binding.

An application written using Angular 2+ will be compatible with the future version of the Angular like Angular 4, Angular 5, Angular 6, Angular 7, Angular 8, and so on.

AngularJS supports MVC (Model View Controller) pattern which uses model properties and uses it in the view, while Angular 2+ uses directives and components and the component values can be used in the template in order to render and HTML.

AngularJS comes with a model-based architecture where we can reduce development time and effort. But Angular 2+ comes with great features like renderer engine and dependency injection mechanism, this we will be able to get a higher performance to compare to AngularJs. Recently Angular 9 going to release soon which comes with the Ivy renderer engine which turns the Angular application much faster.

One of the impressive characteristics of the Angular framework is that it comes with the advantage of being mobile-friendly. In other words, the Angular applications are fully pre-optimized for the mobile browsers and it has a dedicated framework for the app development called "Ionic". Whereas the Applications developed using AngularJS are not mobile-friendly at all.

As we can see, above are the few major difference between AngularJs and Angular thus there are other various differences that also differentiates its usage. For example, AngularJS is no more updated thus in the future there will not be any support from the framework, and while in Angular, new semantic versioning is there so that we can upgrade to the latest version by just following a few steps. One of the major differences between the two of them is that AngularJs runs only on the client side but at the same time, Angular 2+ runs on both platforms like client-side and server-side as well which makes it Angular popular for developers around the globe. As a developer, the code reusability is matters a lot while in AngularJs we don’t have the flexibility for code reusability a lot but in Angular, everything is a component which is a kind of directive, we can create as many as components we need so that it can be pretty easy to maintain the structure as well as code re-usability widely.

Another crucial difference between Angular and AngularJS is that Angular’s operation is based on a collection/set of the components as it follows the component-based architecture while the AngularJs has a set of directives that introduce the code reusability and writing distinct codes effectively. It also uses the scope and controllers. Even Angular has the standard directives but the difference lies in how either framework implements them in a different manner.

Angular has an extensive set of improved algorithms for the data binding and a component-based architecture can be availed through Angular that follows Model View Controller (MVC) approach. Whereas, in Angular.JS, the two-way binding operation gets easier and faster binding without any further custom involvement of the developers. Certain elements of any Angular project are much more self-sufficient and independent, whereas the AngularJS is for quicker prototyping and coding accessibilities. For now Angular is operating actively while AngularJS will not get any future version updates, hence, Angular is the choice we have right now.

In this article, we have gone through the difference between the AngularJs and Angular which shows how we can pick any of them and can start digging into them. Well, Angular 2+ is completely re-written so people who are new and don’t know about AngularJS can easily pick up Angular 2+ because it is going to put much impact in the world of application development in upcoming years, so choose your Angular wisely and be proof it, Dot Net Tricks Angular js training aligned with real-time which is delivered by Google GDE and Microsoft MVP globally. I hope you have enjoyed this guide, Keep reading.