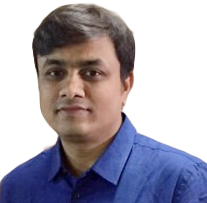 In Object Oriented Programming (OOP), SOLID is an acronym, introduced by Michael Feathers, for five design principles used to make software design more understandable, flexible, and maintainable. These principles are a subset of many principles promoted by Robert C. Martin.

There are five SOLID principles:

Definition: A class should have only one reason to change.

Single Responsibility Principle is one of the five SOLID principles which guide developers as they write code or design an application.

In simple terms, a module or class should have a very small piece of responsibility in the entire application. Or as it states, a class/module should have not more than one reason to change.

The Single Responsibility Principle provides another benefit. Classes, software components and modules that have only one responsibility are much easier to explain, implement and understand than ones that give a solution for everything.

We can correctly apply SRP by refactoring of above code by introducing interface. A new interface called IGarageUtility is created and gate related methods are moved to different class called GarageStationUtility.

Definition: Software entities (classes, modules, functions, etc.) should be open for extension, but closed for modification.

Bertrand Meyer is generally credited for having originated the definition of open/closed principle in his book Object-Oriented Software Construction.

This principle suggests that the class should be easily extended but there is no need to change its core implementations.

The application or software should be flexible to change. How change management is implemented in a system has a significant impact on the success of that application/ software. The OCP states that the behaviors of the system can be extended without having to modify its existing implementation.

i.e. New features should be implemented using the new code, but not by changing existing code. The main benefit of adhering to OCP is that it potentially streamlines code maintenance and reduces the risk of breaking the existing implementation.

Let’s take an example of bank accounts like regular savings, salary saving, corporate etc. for different customers. As for each customer type, there are different rules and different interest rates. The code below violates OCP principle if the bank introduces a new Account type. Said code modifies this method for adding a new account type.

We can apply OCP by using interface, abstract class, abstract methods and virtual methods when you want to extend functionality. Here I have used interface for example only but you can go as per your requirement.

In the above code three new classes are created; regular saving account, SalarySavingAccount, and CorporateAccount, by extending them from IAccount.

This solves the problem of modification of class and by extending interface, we can extend functionality.

Above code is implementing both OCP and SRP principle, as each class has single is doing a single task and we are not modifying class and only doing an extension.

Definition by Robert C. Martin: Functions that use pointers or references to base classes must be able to use objects of derived classes without knowing it.

The Liskov substitution principle (LSP) is a definition of a subtyping relation, called (strong) behavioral subtyping, that was initially introduced by Barbara Liskov in a 1987 conference keynote address titled Data abstraction and hierarchy.

We can check using LSP that inheritance is applied correctly or not in our code.

LSP is a fundamental principle of SOLID Principles and states that if program or module is using base class then derived class should be able to extend their base class without changing their original implementation.

Let’s consider the code below where LSP is violated. We cannot simply substitute a Triangle, which results in printing shape of a triangle, with Circle.

To correct above implementation, we need to refactor this code by introducing interface with method called GetShape.

Definition: No client should be forced to implement methods which it does not use, and the contracts should be broken down to thin ones.

The ISP was first used and formulated by Robert C. Martin while consulting for Xerox.

Interface segregation principle is required to solve the design problem of the application. When all the tasks are done by a single class or in other words, one class is used in almost all the application classes then it has become a fat class with overburden. Inheriting such class will results in having sharing methods which are not relevant to derived classes but its there in the base class so that will inherit in the derived class.

Using ISP, we can create separate interfaces for each operation or requirement rather than having a single class to do the same work.

In below code, ISP is broken as process method is not required by OfflineOrder class but is forced to implement.

We can resolve this violation by dividing IOrder Interface.

This principle is about dependencies among components. The definition of DIP is given by Robert C. Martin is as follows:

The terms Dependency Injection (DI) and Inversion of Control (IoC) are generally used as interchangeably to express the same design pattern. The pattern was initially called IoC, but Martin Fowler (known for designing the enterprise software) anticipated the name as DI because all frameworks or runtime invert the control in some way and he wanted to know which aspect of control was being inverted.

In below implementation, I have used interface as a reference, but you can use abstract class or interface as per your requirement.

In below code, we have implemented DIP using IoC using injection constructor. There are different ways to implement Dependency injection. Here, I have use injection thru constructor but you inject the dependency into class's constructor (Constructor Injection), set property (Setter Injection), method (Method Injection), events, index properties, fields and basically any members of the class which are public.

In the above code, IAutomobile interface is in an abstraction layer and AutomobileController as the higher-level module. Here, we have integrated all in a single code but in real-world, each abstraction layer is a separate class with additional functionality. Here products are completely decoupled from the consumer using IAutomobile interface. The object is injected into the constructor of the AutomobileController class in reference to the interface IAutomobile. The constructor where the object gets injected is called injection constructor.

DI is a software design pattern that allows us to develop loosely coupled code. Using DI, we can reduce tight coupling between software components. DI also allows us to better accomplish future changes and other difficulties in our software. The purpose of DI is to make code sustainable. Read More Articles Related to Design patterns

The five solid principles discussed above is good for Object Oriented design. Most of the principles involved are adding a layer of abstraction between classes that would otherwise dependent on each other, thus creating a loose coupling relationship which results in less rigid and fragile code. It is always recommended to keep these principles in mind when writing new code.