Roles and Responsibilities of a DevOps Engineer 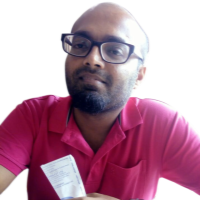 Prior to defining a DevOps Engineer, let’s see what exactly DevOps is. As the name suggests, DevOps is an amalgamation of Development and Operations processes.

In this article, we will have a look at:

Getting Started – What is DevOps?

Prior to defining a DevOps Engineer, let’s see what exactly DevOps is. As the name suggests, DevOps is an amalgamation of Development and Operations processes. It can be thought of as an IT strategy, which combines people, processes, skills and technology to provide continuous value to the customers. From a more technical point of view, DevOps combines development, IT operations, quality assurance, security practices of an organization to collaborate, produce and provide better and reliable products and services. A visual representation is given in the image below (Image 1). 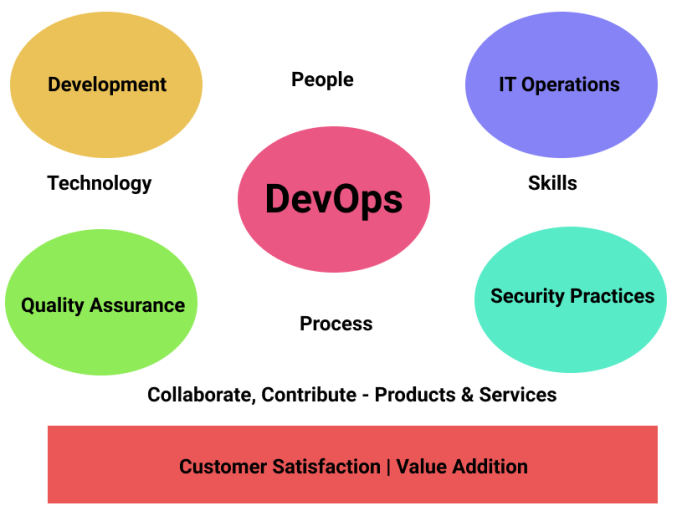 Advantages of a DevOps practice are numerous:

A visual representation is given in the image below (Image 2).

Image 2 – Advantages of a DevOps practice

Who is a DevOps Engineer?

The above DevOps Engineer description is usually divided amongst various roles which are documented as below:

A visual representation is given in the image below (Image 3). 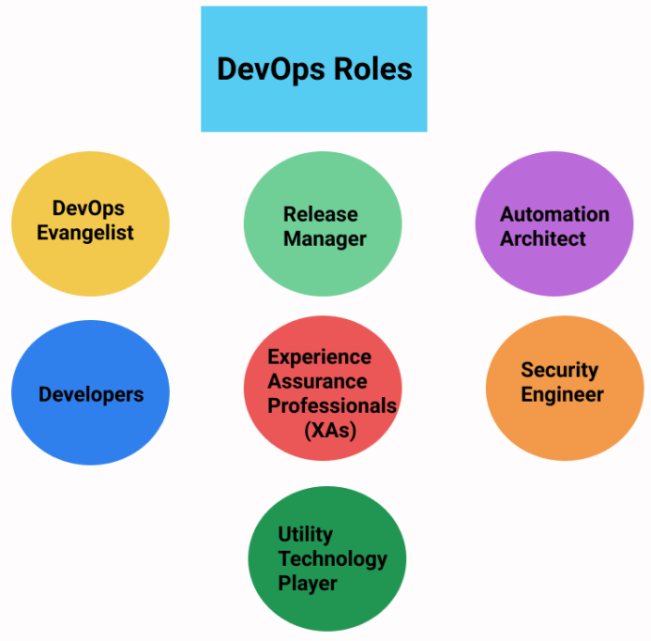 Responsibilities of a DevOps Engineer

Responsibilities of a DevOps Engineer vary as per the roles, but the intent is common, to create automated distributed delivery and deployment processes. For ex: XA professional’s responsibilities will be different than that of a Release Manager. Let us discuss in brief the responsibility of each of the roles.

He/she is the one who plans, ideates the whole practice and processes. He/she is the one who owns the DevOps culture in an organization. DevOps Evangelist is the leader of the transition to DevOps. He/she makes sure that the IT professionals are getting trained properly to bring in the DevOps culture in the organization. He/she evaluates the whole scenario, prepares a practical plan and executes it. He/she shouldn’t be afraid to fail, fail and learn should be the mantra.

He/she manages the DevOps product end to end. He/she is responsible for the product right from development to production. This role is slightly different than a traditional project manager; it’s more on the technical side. Release managers supervise and oversee the end to end delivery. They are involved in every phase: coordination, integration, development, testing, deployment, and delivery.

Developers are the heart and soul of a DevOps practice. The term may be the same as that of traditional approaches but the responsibilities have dramatically increased.  Initially, they used to only replicate client’s requirements via code and provide a build for the QAs to test. But in a DevOps practice, the developer is expected to code, unit test, deploy, and monitor the application. Since the duo of a developer and tester is expected to produce magic, the role of a tester also enhances dramatically in a DevOps scenario.DevOps is referred to as DevTestOps as well, to indicate the importance of testers. The onus is on automated testing in a fast-paced environment, so that the quality of the product remains intact.

The existing QA roles have been upgraded. The XA professional is expected to test the features and functionalities keeping in mind the end-user experience.

They work along with the developer providing their deep-dived recommendation on a security. As compared to the waterfall methodology of product/service delivery where insecurity used to be really an end thing to ponder on, a DevOps project keeps security at par with any other factor, and hence the security engineer’s responsibility increases manifold.

These people are a rare breed, they can work and operate over-development platforms, tools, networks, servers, databases, and even development and support. A successful transition to a DevOps environment requires people to fill in the above 7 roles and work as a tight-knit team to deliver reliable products and services. Let us discuss the skills which a DevOps Engineer should possess.

Key skills that are needed to become a successful DevOps certification Engineer are:

There are many DevOps Tools today in the market, there’s no need to master them all, but there’s need to know few and understand them deeply.

A DevOps Engineer need not be a code ninja but essential knowledge of python, Java, JavaScript, bash, shell, Linux is required, mostly for automation processes, and remote operations.

CI/CD as it is fondly called is the essence of DevOps, knowledge of the CI/CD process and not mere the tools, is very important. Should a deployment be triggered on every successful build, should there be pre-deployment rules configured before production deployment, should there be approvals required before a pre-prod run, this kind of questions will arise in every DevOps enabled organization. The answers lie in the understanding of the process of CI/CD.

A DevOps Engineer is expected to be good at automation. Creation of a database or service on a cloud platform, installation of a mandatory patch on all the VMs of a network- these types of requirements will be encountered by a DevOps engineer on a regular basis. Achieving these through automated scripts (ARM templates, bash scripts) should be a day to day job of the DevOps engineer.

A DevOps Engineer is expected to collaborate with fellow developers, stakeholders, customers, and others on a regular basis; hence his coordination/collaboration skills should be up to the mark. Being vocal about the DevOps culture should be a trait. Last but not the least, common sense and practicality have always been vital for any requirement, which holds true for a DevOps Engineer as well.

Let us have a look at a DevOps Engineer job description from a job portal and see what all skills are required. It will validate the skills which we have discussed above. Below is the JD of a DevOps Engineer requirement at Ericsson, the JD has been pulled from Glassdoor, the url being: 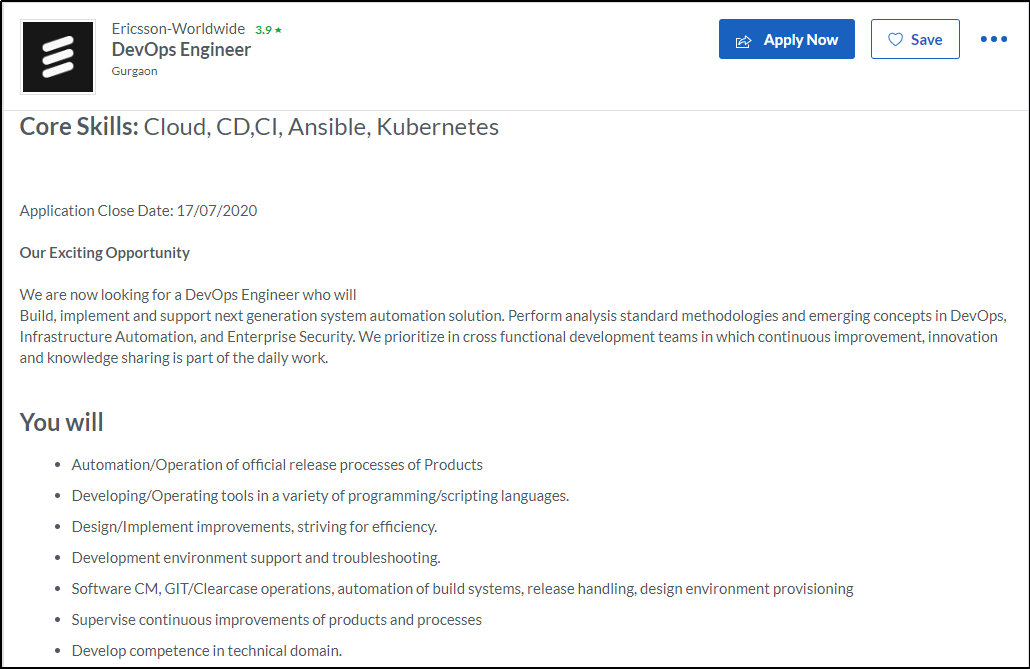 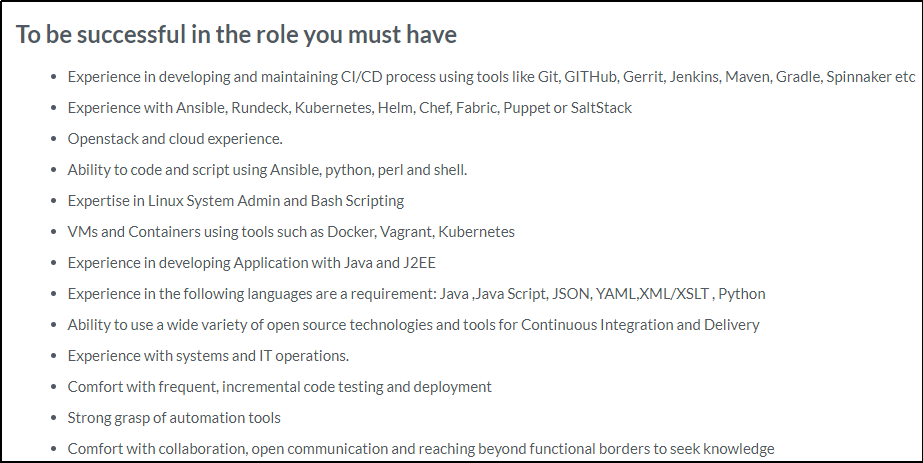 The job description aptly matches with the skills that we have discussed. Remember, understanding and embracing an organization’s DevOps culture is as important as mastering a tool. All the tools need not be mastered, a valid start and effort is necessary.

Next, we will look at the emerging trends in DevOps and the salaries offered to the DevOps Engineers. According to a Stack Overflow study, DevOps engineers find their place as top earners amongst all the IT professionals in countries such as the USA, UK, India, and Germany.

Of course, the salary differs greatly by geography – in the US a DevOps Engineer earns a median salary of about USD 125,000 whereas in India the median salary of a DevOps Engineer is around USD 15,000. But given the disparity of the location, the fact that DevOps professionals having Azure DevOps certification are highly paid it cannot be ignored.

To conclude we can say that DevOps culture and its embracement is quite important in today’s IT world, owing to its many advantages. The demand for a knowledgeable and passionate DevOps Engineer is quite high; the salaries being offered are quite lucrative. It’s never late for whose, who want to invest their time and effort to join DevOps online training to jump on the wagon and start preparing to become a DevOps Engineer.