Kubernetes vs Docker: Analyzing The Differences 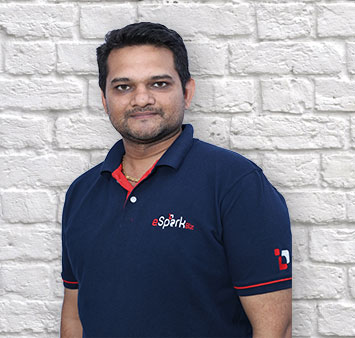 In the area of cloud computing the two most prominent terms, Kubernetes and docker have taken the industry by storm. But the phrase ‘Kubernetes vs. Docker’ is somewhat misleading and raises questions about the relevance and precision of this comparison.

Kubernetes vs Docker: Analyzing The Differences:-

In the area of cloud computing the two most prominent terms, Kubernetes and docker have taken the industry by storm. But the phrase ‘Kubernetes vs. Docker’ is somewhat misleading and raises questions about the relevance and precision of this comparison. Most of the people use these two terms in the form of either-or, that is: should I go for Kubernetes or should I opt for Docker? These people are not aware of the fact that asking such a question is tantamount to asking for a choice between an apple and the apple-pie. To eradicate this misconception, let it be clear that while Docker is considered to be a Containerized platform, Kubernetes is a popular container orchestration solution for platforms like Docker. These two terms must be used as complementary to each other and in the form of ‘ Both-and’ questions. These two different technologies work in tandem to deliver, scale, and build containerized apps. If you have a non-technical background and want to grasp the idea of Kubernetes and Docker quickly to run your business efficiently and make business decisions with shrewdness, this article is just for you. This article has been structured in such a way that it would clear all your confusion by analyzing the symbiosis, differences, and clarifying the applicability of both Kubernetes and Docker.

Before you delve into the world of Kubernetes and Docker, it is necessary to have a clear perception of Containers. Going by the definition Containers is application software that segregates the code from the infrastructure in which the codes run by solving the issue of portability. This definition just went right over your head, right? Let us understand it simply. At the time of developing codes, the developers operate it from a local development environment. The problem arises at the time of moving that code for production. The code that works perfectly well in the native machine, becomes defunct at the time of production, thanks to several reasons such as various dependencies, libraries, and operating systems. So, the developers package the application software, along with bins and libraries into a smaller container that can function on any computer device enabled with the containerization platform.

Docker, an open-source lightweight containerization technology that was launched by Docker Inc. in 2013. Though Docker containers have been defined by some people as lightweight VMs( Virtual Machines), its applicability as a software application packaging and delivery platform has provided it widespread and ubiquitous popularity in the field of cloud computing. Docker allows you to automate the deployment of software applications in self-sufficient, portable, and lightweight containers. This concept is not something new, but its way of facilitating the deployment of software, speed, ease to use interface have provided the impetus to gain so much popularity that bigwigs like IBM, Microsoft, HP have reposed their trust on this newcomer. Being a newcomer, it has already captured the market, as nearly 35% of companies are leveraging Docker in their AWS environment.

Some Features of Docker

Kubernetes, also known as K8s, was developed by Google in 2014 and it is a container orchestrator and now open-source software that takes the help of containerization technology to decide where and how the containers will run in multiple computing nodes (either in virtual machines or a basic metal server). The purpose of Kubernetes, as mentioned in their official website is for management, scaling, automated deployment of containerized applications. Kubernetes assists many containerized tools such as Docker. Kubernetes can deploy and scale multi-container applications across multiple servers, thus helping you to control containerized applications more competently. Kubernetes has revolutionized the automation process, and it supports the automatic placement and replacement of unhealthy and dead containers. Now, Kubernetes is leading the market in highly flexible orchestrating containers and possesses a vibrant community.

Some features of Kubernetes

Analyzing the difference between Kubernetes and Docker

As the definition and features of both Kubernetes and Docker have been discussed above, it will help us not only to understand but also to analyze the key differences and the symbiosis between these two orchestration containerization technology in a more comprehensive way. Let us first understand the basic structural, and functional differences, and then this article will delve deeper into a detailed perusal.

Set up and Installation

Kubernetes can function with any type of containerization technology, and the top two of them are docker and rkt. But the symbiosis is evident from the instance of unification and combination of Kubernetes and Docker that has captured the greatest market access and a lot of endeavors have been projected in the integration process of Kubernetes and Docker.

Now if someone raises the issue of Kubernetes vs. Docker, don’t be confused over such jargon because you know that the more they work together, the more enhanced the system is.