Microsoft SQL Server is a Relational Database Management System (RDBMS) developed by Microsoft. It is designed to run on a central server so that multiple users can access the same data simultaneously. Generally, users access the database through an application. This article contains the top 20 SQL Server interview questions and answers, in order to prepare you for the interview.

This eBook has been written to make you confident in SQL Server with a solid foundation. Also, this will help you to turn your programming into your profession. It's would be equally helpful in your real projects or to crack your SQL Server Interview. 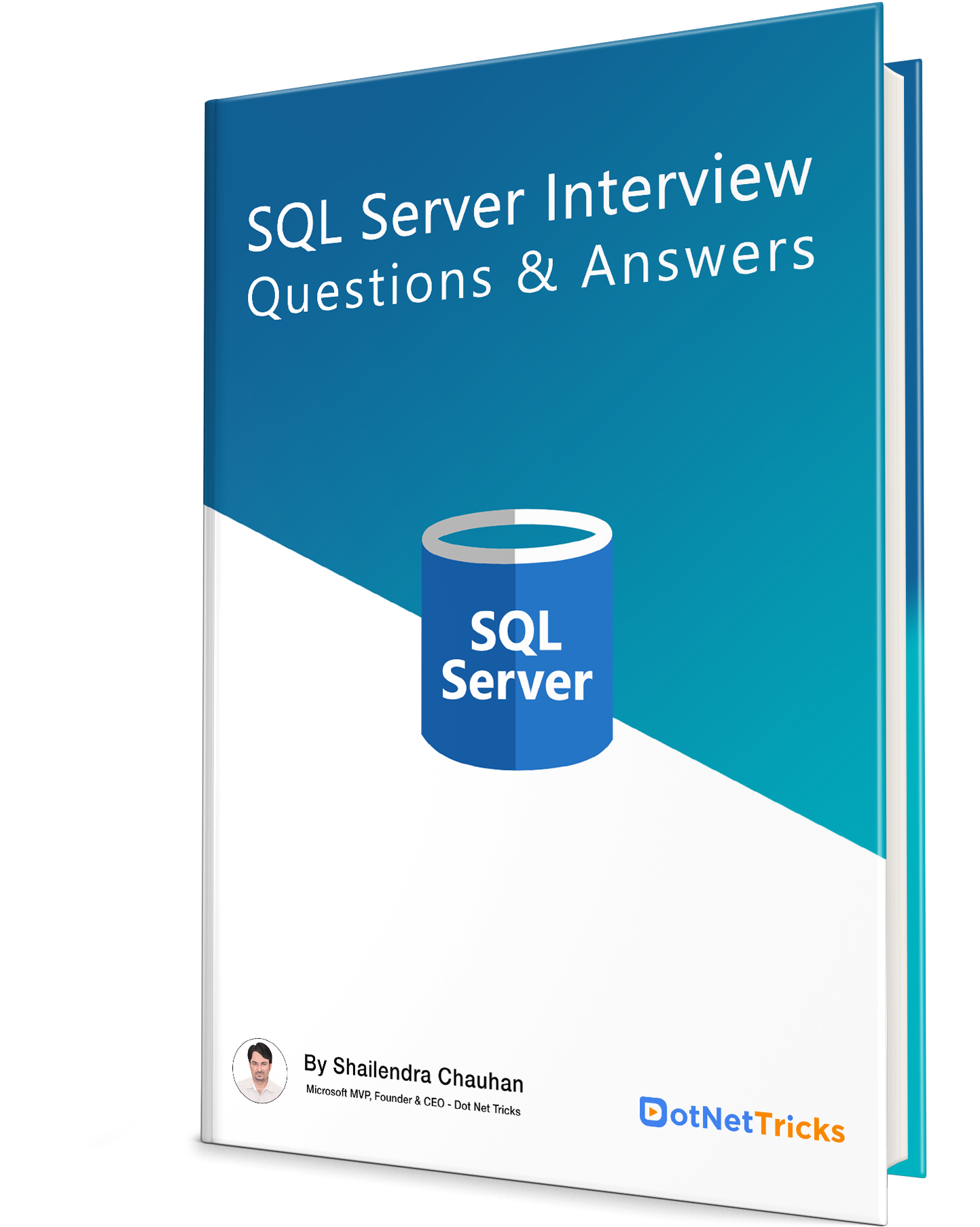 Microsoft SQL Server is a relational database management system (RDBMS) developed by Microsoft. It supports T-SQL known as Transact-SQL (Structured Query Language) language which is the propriety Language of Microsoft and it is built on the top of ANSI SQL, which is the standard SQL language. Microsoft SQL Server, one of the leading database technologies is used by IT professionals and database administrators to query and manage the data from the database. It also supports analytics and business intelligence application along with the wide variety of transaction processing in IT environments.

This book is designed to be a guide for how to approach an interview, how to deal with the questions, and how to prepare. It covers issues faced by both freshers and working professionals and aims to help you realize your ambitions through honesty and an attitude of confidence.

EF is an O/RM framework to query the database in an object-oriented fashion. This book will teach you Entity Framework concepts from scratch to advance with the help of Interview Questions & Answers. Here, you will about the EF fundamentals, data modelling approaches, relationship, database migrations and querying database. This book covers Entity Framework version 1.x, 4.x, 5.x and 6.x.