Mono is a free open-source .NET framework developed by Novell and owned by Xamarin a company of Microsoft. First time it was introduced in June 30, 2004. The purpose of Mono project is to run .NET based applications on cross-platform including Linux, Android, mac etc. 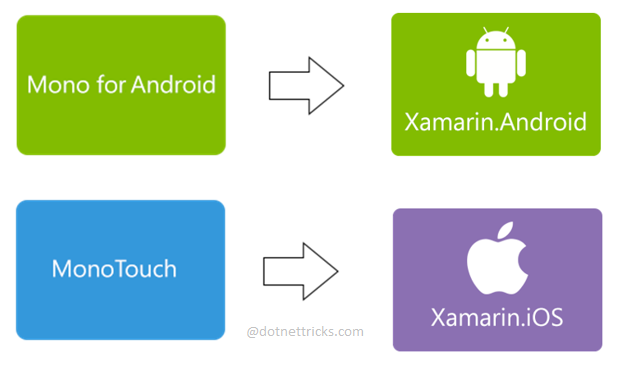 Xamarin is based on Mono which can run .NET based application on Android, Mac and Linux. Using Mono you can access C# .NET features and use it with developing application for non windows platform. The underline architecture for Xamarin is shown in the fig.

For Developing Xamarin apps, you need to install SDKs for iOS, Android and Windows.

Using mac machine you can only build native apps for iOS and Android. For developing windows apps you need to have windows machine. 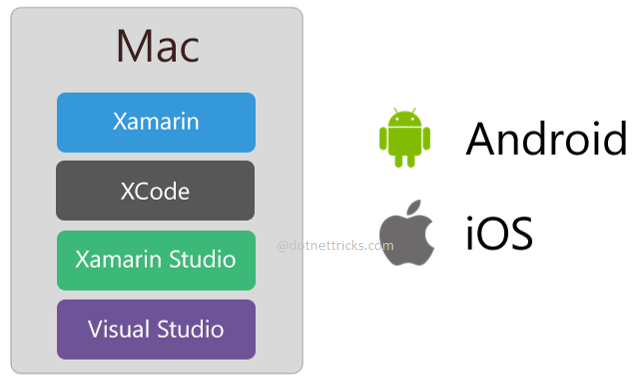 Using Windows machine you can only build native apps for Android and Windows. For developing iOS apps you need to have mac machine. 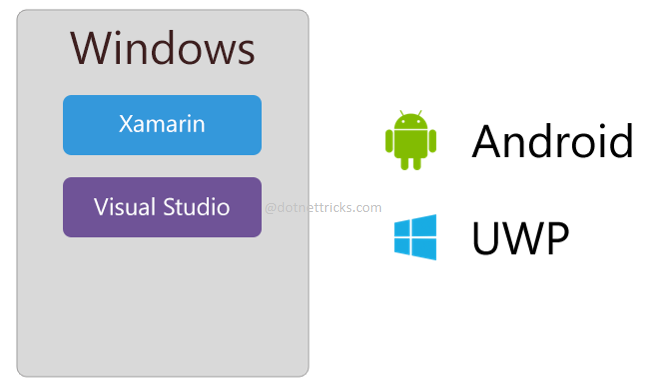 Development with Windows and Mac Machine

For developing native apps for iOS, Android and Windows, you need to have Windows as well as Mac machine. Using Visual Studio on windows machine you can make a connection to your mac machine to build app for iOS and mac.

More than 1 million developers are using Xamarin to build critical enterprise and consumer apps. Some of the mobile apps developed by Xamarin are given below:

Using Xamarin you can build high-quality, high-performance apps for iOS, Android and Windows using your existing skills. There are following advantages of using Xamarin for your apps development.

I hope, now you have an understanding about Xamarin platform to build native cross-platform mobile apps. I would like to have feedback from my blog readers. Your valuable feedback, question, or comments about this article are always welcome.