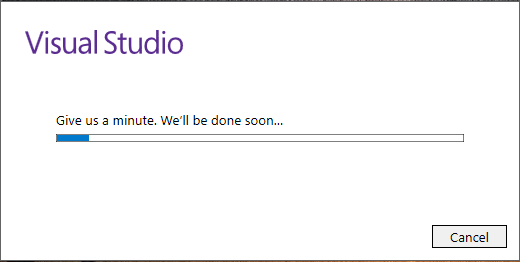 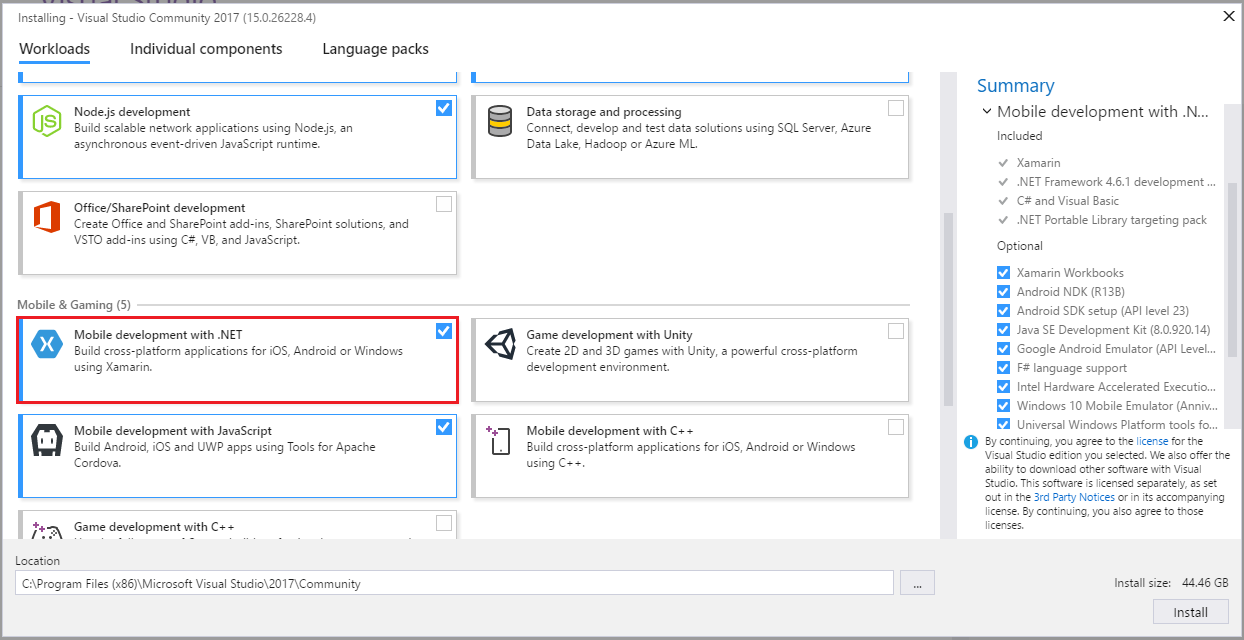 If you want to develop UWP apps using Xamarin then you have to install Universal Windows app components as well as shown in following fig. 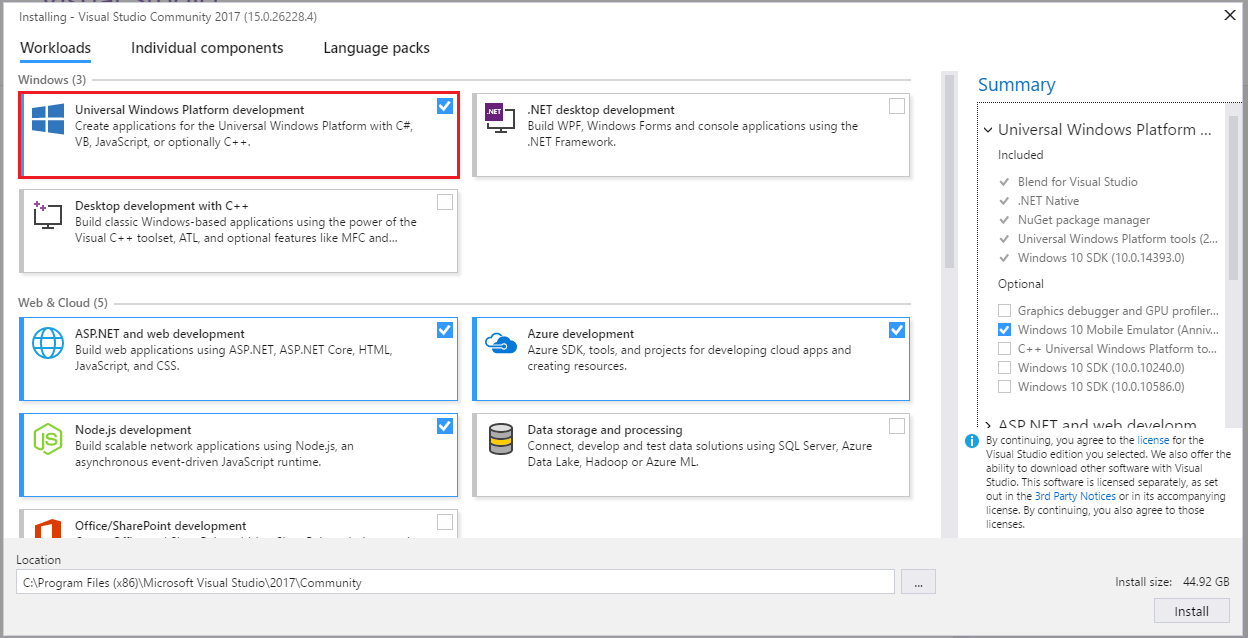 Setting up Visual Studio Emulators for Android and Windows 10

Visual Studio includes an Android emulator and Windows 10 Emulator that can be used to test and debug an Xamarin.Android and Xamarin Forms apps. The Android emulator uses the Hyper-V capabilities of development machine which results in faster launch and execution times than the default android emulator that comes with the Android SDK. To install both the emulators just navigate to individual components option and check the options in the following fig. 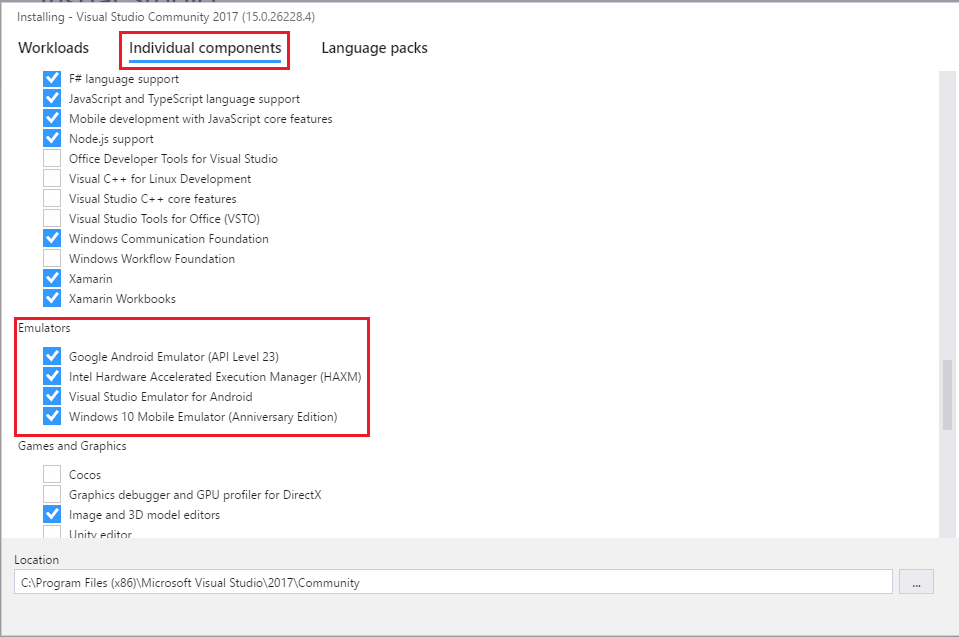 To run the visual studio emulators, your machine must meet the requirements to run Hyper-V. Hyper-V requires a 64-bit version of the Pro edition of Windows 8, Windows 8.1, Windows 10, or higher. 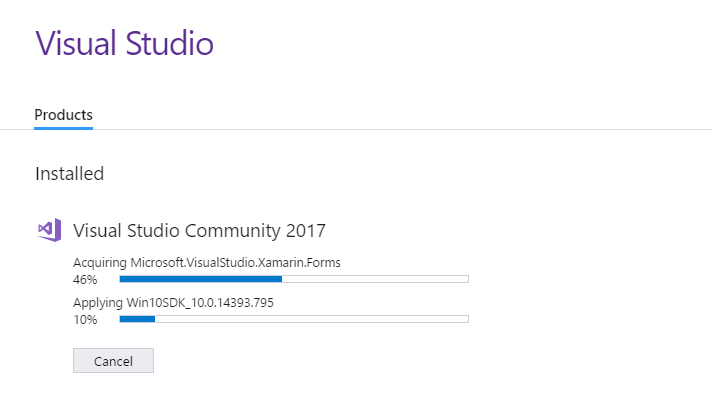 Once installation is complete, you should verify your Xamarin development environment. 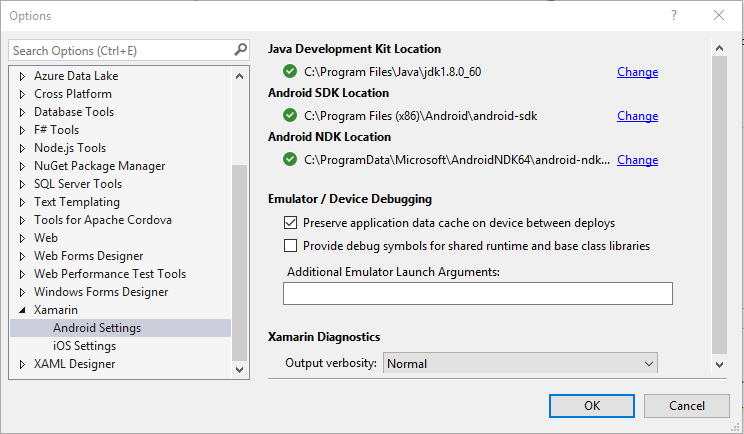 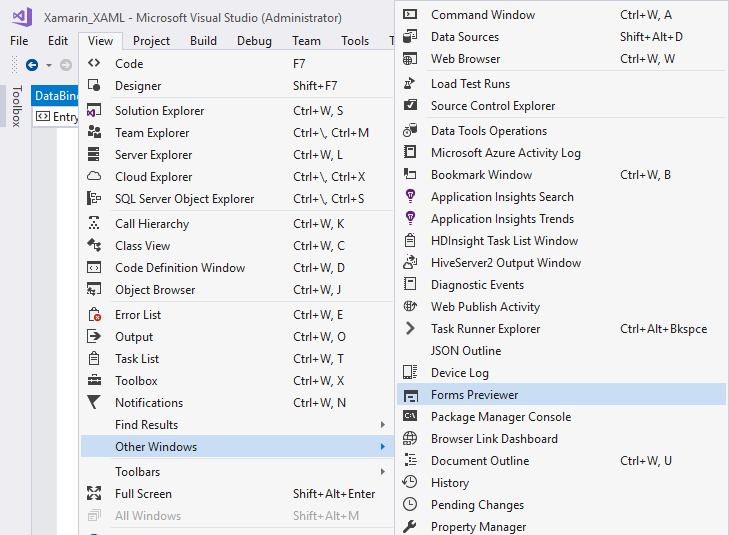 In Visual Studio, create a new Blank App (Xamarin.Forms Portable) solution and name it XamarinFormsApp. You can find this template easily under Visual C# option for Cross-Platform. 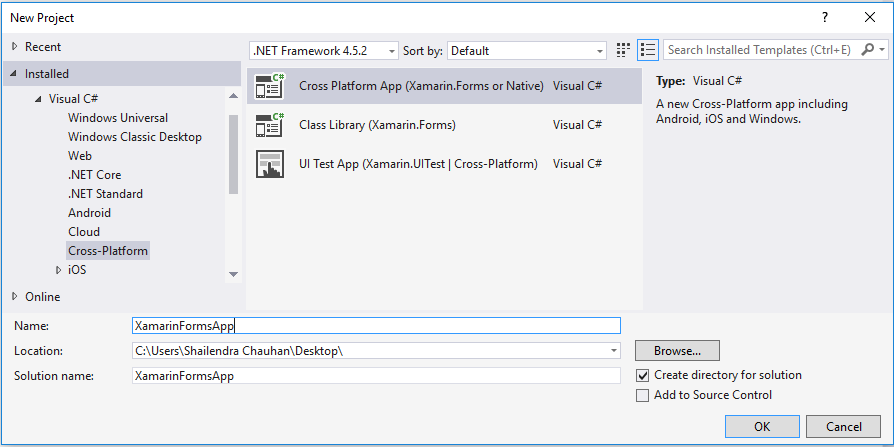 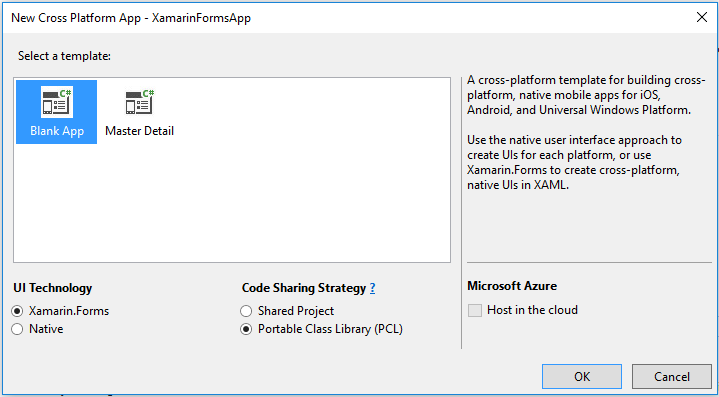 It will create a Xamarin Forms application with four projects targeting Android, iOS and Windows UWO app. Within each native project you have access to the native designer for the corresponding platform and can implement platform specific screens and functionality as needed. 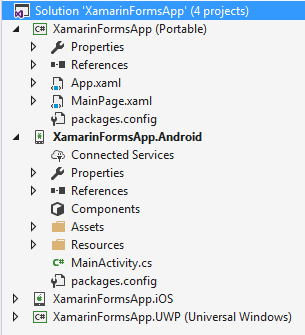 Now build the application and run it for Android device. You will get the following output in your Visual Studio Android Emulator. 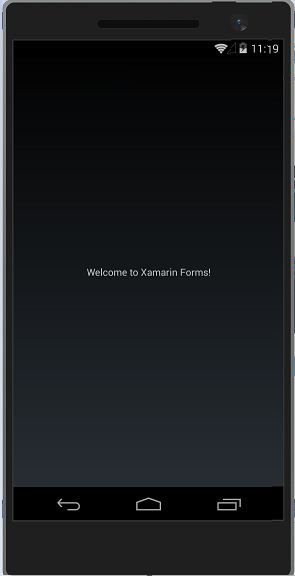 Thank you for your time, I hope you enjoyed this article and found it useful. Please add your comments and questions below. I would like to have feedback from my blog readers. Your valuable feedback, question, or comments about this article are always welcome.