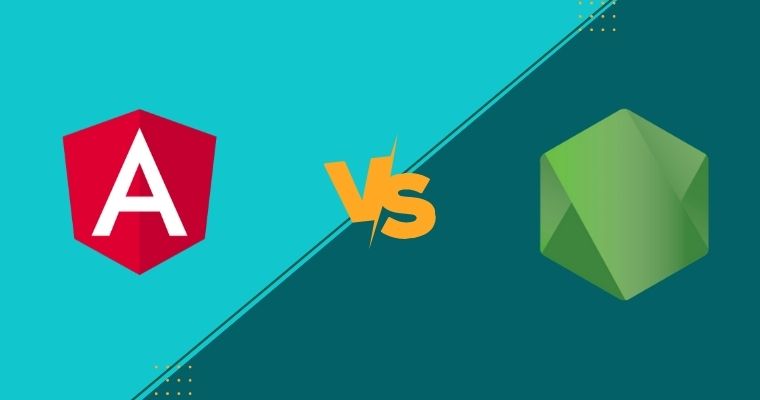 What is the difference between Nodejs and Angular?

In the world of web development, there is a booming word which is called JavaScript and by using it we can develop almost everything like front-end and back-end service.

What is the difference between Nodejs and Angular?

In the world of web development, there is a booming word which is called JavaScript and by using it we can develop almost everything like front-end and back-end service. By combining both Angular and Nodejs, we can create the full stack application with less cost and effort too, thus there are a few supporting libraries we need to use like ExpressJs to design the back-end of the Nodejs. Practically, there are no direct comparisons made between Angular and Nodejs because for the front-end we use Angular for the back-end, we use Nodejs thus we need to know a few differences between them which are listed below.

What are Nodejs and Angular?

Angular is a single-page application web framework developed by Google to create an application for web, mobile, and desktop whereas Nodejs is a run time environment that allows us to load JavaScript applications into the server directly. The major thing is that both are written with the help of JavaScript thus the application will be much easier to handle and cost-effective.

Nodejs is useful for small and mid-sized applications where the data matters a lot whereas Angular is ideal for the highly interactive and rich UI component-based application which serves the front-end to the end-user customers.

To the user or get started with the Nodejs, we need to have nodejs setup installed into our machine which can be any operating system like Windows, Mac or Linux, and so on. To get started with Angular, we need to have NPM (Node Package Manage) which comes automatically whenever installing nodejs, and also should have angular CLI latest version to be installed into our machine which can be useful for generating components, directives, classes, stylesheet and so on.

Angular itself is a framework so we just need to have Typescript to be installed via CLI and to use Nodejs, there are plenty of frameworks that are there like Expressjs, Koa.js, socket.io, sails.js, hapi.js, and so on.

Both of them Nodejs and Angular have their documentation but comparatively, angular documentation is pretty distributive in manner, but if we go through the Nodejs documentation it may seem complex for the beginner to get started. But nothing about the worry, there are tons of study material available for both of them hence we can easily find there and advanced concept with the help of Google.

In other words, learning is a never-ending process, the things are that we need to keep updated ourself by reaching to the best available resources

More and more developers are wanted to learn Nodejs and Angular, thus as any developer or fresher starts learning it they may have questions regarding any problems so for that there are plenty of resolutions are available to solve such problems/errors. With the pace at which Nodejs and Angular are growing, we will have more and better resolutions coming on our way so I must say the community support is pretty decent. Both Node.js and Angular platforms are targeted at building rich web applications using JavaScript. However, both of them are different in their architecture and working mechanism, so the choice will completely depend on the business requirements.

As the Angular and NodeJs are not similar to each other, there are no direct differences but certainly, it's created to serve different purposes i.e Angular for the front-end and NodeJs for the back-end applications.

In this article, we have learned what is Nodejs and Angular, thereafter discovered a few major differences between them that how both are different in every aspect of the development and the configuration. Thus I would suggest learning both of them will make a developer novice a full stack developer and will get more opportunities in the near future, Angular online training program help you learn to build projects using web API ASP.NET  MVC5  and node.js. I hope you like this learning experience, Keep reading.