#LearnAtHome #UseYourTime Get Access to 95+ Courses only at INR 499 !! Offer Ending in
D
H
M
S
Get Now
Browse Articles

ASP.NET Core is a light-weight, open-source and cross-platform unified framework for developing web UI and web APIs. ASP.NET Core is a complete redesign of existing ASP.NET 4.x, with architectural changes that make it leaner, modular and high-performance framework.

ASP.NET Core is the fastest framework which can serve 2300% more requests per second as compared to ASP.NET 4.6. It's around 20 times faster than Node.js. 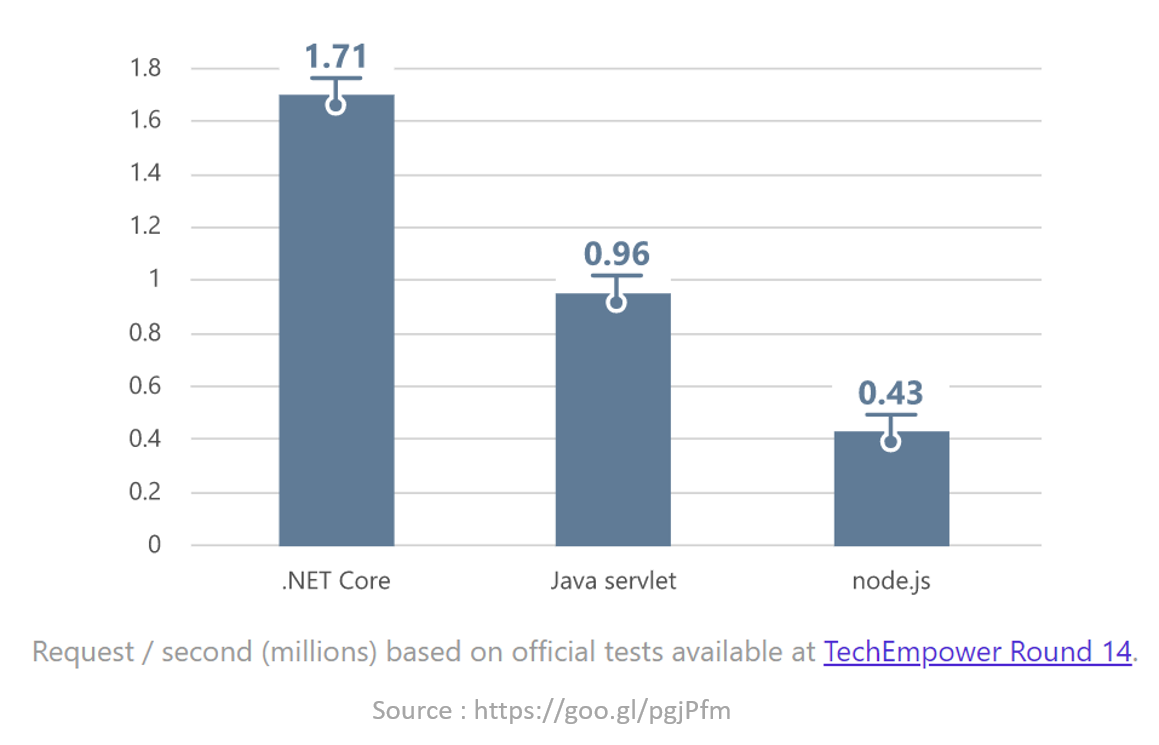 In ASP.NET Core everything starts with Program.cs, Main Method. ASP.NET Core apps require a startup class which serves as an alternative to Global.asax in ASP.NET 4.x. It uses a cross-platform Kestrel web server to serve the request and response. Here, IIS/Apache Tomcat/Nginx work as a delegation web server, and used to delegate the incoming request to the internal Kestrel web server.

What ASP.NET Core doesn't have :

I hope you will enjoy the ASP.NET Core. I would like to have feedback from my blog readers. Your valuable feedback, question, or comments about this article are always welcome.