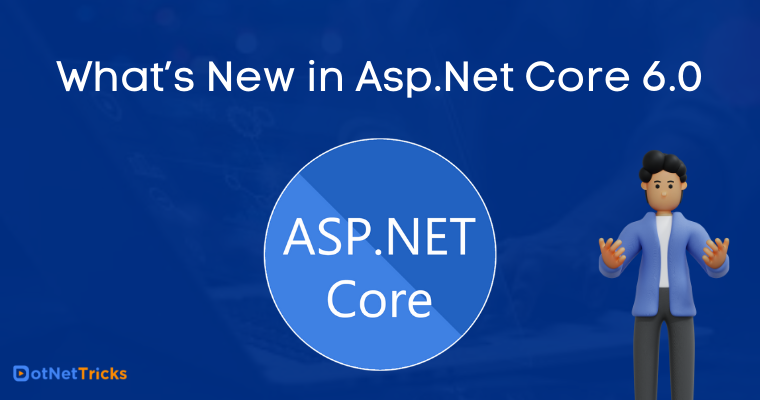 On November 8, 2021, Microsoft officially release the long-term stable version .Net 6.0. It includes around 10000 git commits. Through this release, now .Net 6.0 natively supports Apple Silicon (mac OS Arm64) for the first time. And also, it provides improved support for the Windows Arm64 based operating systems. .Net 6.0 brings lots of new features along with massive gains in performance and optimization. Some of the new features related .Net 6 are mentioned below lists -.

The below image shows the details of .Net Core versions – 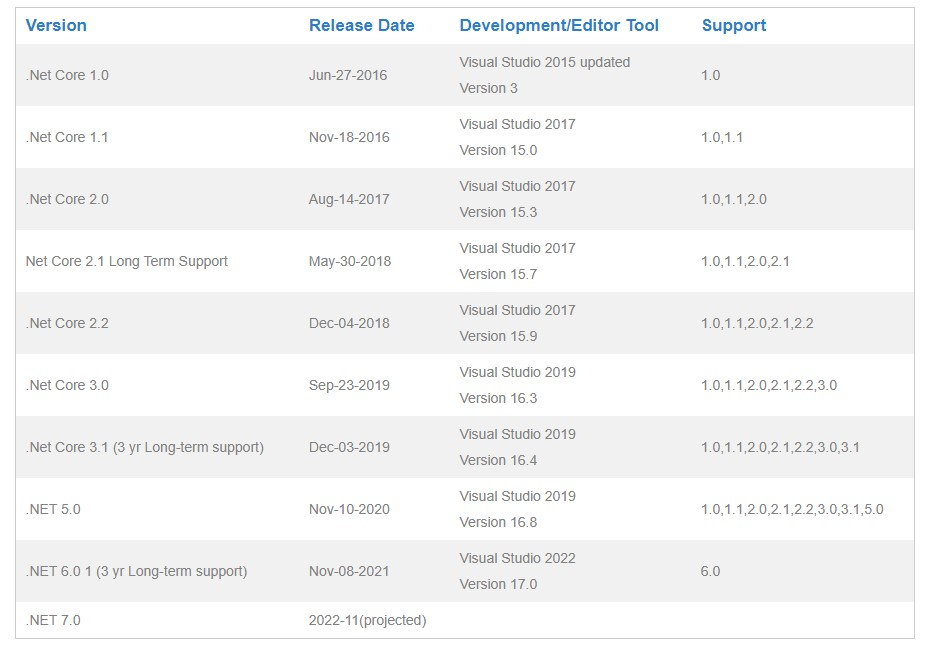 With the help of .Net 6, we can develop applications and host them into all the major platforms like cloud, browser, desktop, IoT, and mobile apps. Since it is a cross-platform framework so that application code can be reused for all types of operating systems like Windows, Mac OS, and Linux. In this release, .NET Multi-platform App UI (.NET MAUI) is one of the exciting. With the help of this cross-platform framework, we can create native mobile and desktop apps using C# and XAML. And, finally, by using .NET MAUI, users can develop applications that can run on Android, iOS, iPad, macOS, and windows. 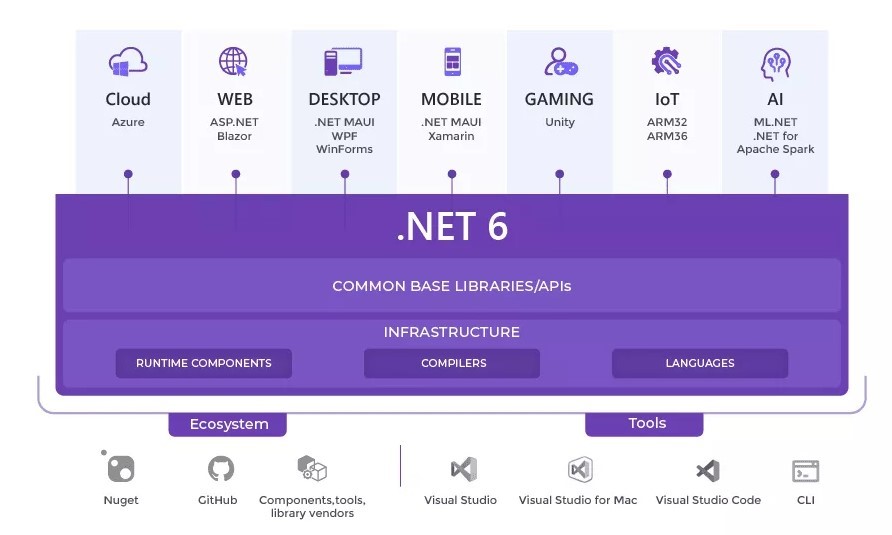 Asp.Net Core 6.0 is also released along with .Net 6.0 by Microsoft. As we know that, ASP.NET Core is a cross-platform, high-performance, open-source framework through which we can develop modern, cloud-enabled, Internet-connected apps. With the help of ASP.NET Core, we can perform the below types of development activity –

In Asp.Net Core 6.0, the below features have been introduced as new features –

Also, in Asp.Net Core 6.0, new features introduced into the WebApp based Templates like –

In Asp.net Core 6.0, Microsoft also provides some improvements related to the Blazor Frameworks –