Brief history of node.js and io.js

Node.js was developed by Ryan Dahl and other developers working at Joyent. It was first released in 2009 supporting only Linux. Node.js was sponsored by Joyent Inc. and Node.js development and releases was under the governance of Joyent Inc.

io.js is a fork of the Node.js project which was created in December 2014. It was created to accelerate the development and predicted releases of code under an "open governance model". Since, Node.js was governed by Joyent Inc. 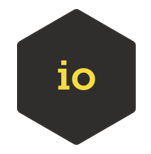 The Node.js foundation is an independent foundation to take care of development and releases of Node.js. It has developers from IBM, Microsoft, PayPal, Joyent, Fidelity, SAP and other companies.

NPM stands for Node Package Manager. It's an online repository of node packages. It was released in 2011 to share and update open-source libraries like jQuery, AngularJS, React etc.

I hope you have got the idea about Node.js and io.js. I would like to have feedback from my blog readers. Your valuable feedback, question, or comments about this article are always welcome.