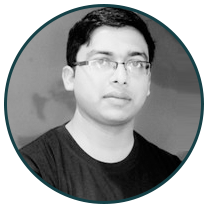 C is one of the most popular computer language developed at AT&T’S Bell laboratories of USA in 1972 .It was developed by Dennis Ritchie. It is also called mid level language.

Today when the computer technology is on it's highest era and the advance programming languages like C++,C# and JAVA is very popular among developers many of us may think that C is now become less important. But this is not true since, C is still very popular and important language for it's following features.

In this article I try to explain C language features and it's advantage. I hope you will be beneficial by this article. Comment and critics are welcome.