The managed heap is a series of allocated memory segments (approx 16Mb in size each) to store and manage objects. The memory for newly created object is allocated at the next available location on the managed heap. If there is available free memory, the garbage collector doesn't search the dead objects for memory reclaim and memory allocations has been done very fast. If the memory is insufficient to create the object, the garbage collector search the dead objects for memory reclaim for the newly object. 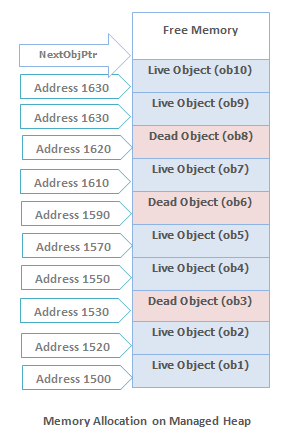 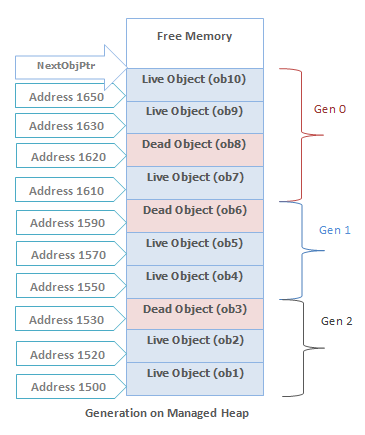 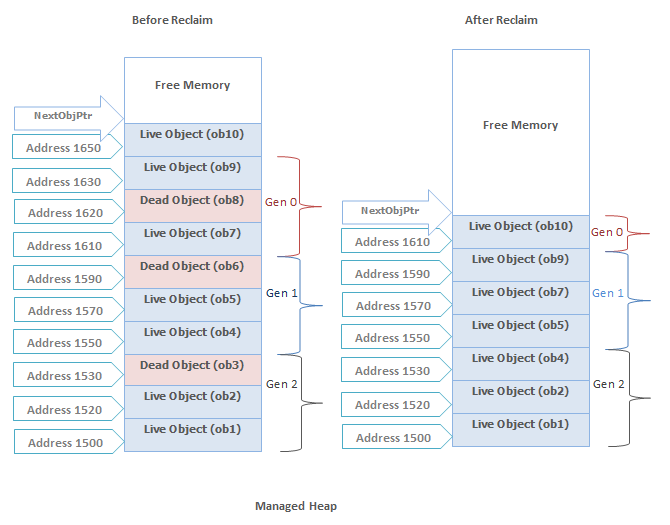 Each and every application has a set of roots and these identify the storage locations for the objects on the managed heap.

The list of active roots is maintained by the JIT compiler and CLR, and is made accessible to the garbage collector's algorithm.

Now the garbage collector starts go through the roots and make a graph of all the objects reachable from the roots. The below fig. shows a heap with allocated objects. In this heap the application roots directly refer to the objects 1,3,4,6 and object 3 & 6 refers to the objects 8 & 10. Hence all these objects will become the part of the live objects graph.

The garbage collector then remove the dead objects from the heap and live objects will move toward the older end of the memory segment as shown in below fig. Garbage collector also updates all the references(including root references) to the moving objects in the heap. 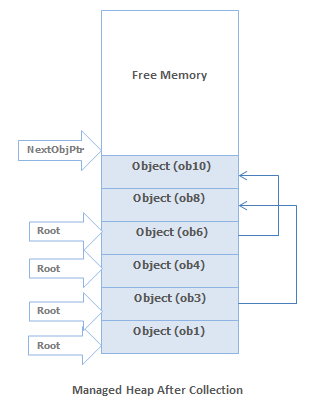 I hope you will enjoy these deep tips about garbage collector in .net framework. I would like to have feedback from my blog readers. Your valuable feedback, question, or comments about this article are always welcome.