What is PhoneGap and Why to use it?

PhoneGap is a free and open source framework, developed by Nitobi and purchased by Adobe in 2011. It is based on the open source Apache Cordova project, developed by Adobe. PhoneGap allows you to develop applications for your mobile devices by using standard web technologies such as HTML5, CSS3, and JavaScript instead of using device-specific languages such as Objective-C for iOS, Java for Andriod and C# for Windows phone devices. 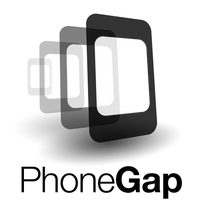 PhoneGap allow you to develop cross-platform mobile Apps by avoiding each mobile platform native development language. PhoneGap applications are executed within a wrapper targeted to each platform. This wrapper wrap up standard web technologies such as HTML, CSS and JavaScript and extends the features of HTML and Java script to work with the device. PhoneGap allows you to access mobile native features and functionality such as Contacts, Calendar, Camera and Notification etc. by using Apache Cordova.

In this way the resulting apps are hybrid apps i.e. they are neither truly native nor purely web-based, since they are developed by using standard web technologies like as web application and also capable to access mobile native features like as native apps.

Apache Cordova a free and open source platform, developed by Adobe System for building native mobile applications using HTML, CSS and JavaScript. Typically it is a set of device APIs that allows you to access native device function such as the camera or accelerometer from JavaScript. It is available for the following platforms: iOS, Android, Blackberry, Windows Phone, Palm WebOS, Bada, and Symbian. It is used with PhoneGap to access mobile native functions.

When to use PhoneGap?

I hope you will have a better understanding of PhoneGap. I would like to have feedback from my blog readers. Your valuable feedback, question, or comments about this article are always welcome.