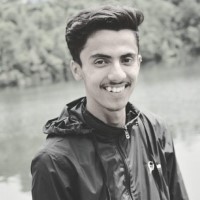 Ionic Framework V4 is advance in technology with a focus on overall extensibility, performance, and compatibility. V4 still integrates deeply with Angular by using @ionic/angular package. It can work with any other JavaScript frameworks like React and Vue etc. or with no framework at all. Rather than a framework-specific model, Ionic Framework V4 allows the core of Ionic to rely on the standard component model supported in modern browsers. That means better performance, less overall code with faster load time.

Codiqa and jetstap are the previous product by Ionic. They had drag and drop interface for developing on bootstrap and jQuary mobile. Their journey starts by taking feedback from users and finally they decided to develop their own open source framework which will focus on performance and web slandered build. In November 2013, they released the first alpha version for the Ionic framework. 1.0 beta version was released in March 2014 and the first final version for Ionic 1 was released on May 2015. Currently, there are three major releases for the ionic framework.

Once the ionic application is created, it can be deployed to any platform/devices like Android, IOS, and Windows. Ionic is focused on HTML, SCSS, and Typescript so that it will enable you for low cost, quick development with minimal cost. It creates a powerful SDK for building rich applications. Ionic previous versions are low in performance but with version 4 it has a main focus for the performance.

If you are new to this platform then it can be helpful to achieve high-level knowledge of the core concept, philosophy, and the tools behind the projects. Before going for complex topic let me tell you some basic concept about how ionic framework actually works.

In this article, we discussed the Ionic Framework with new features, advantages, and core concepts. We have also discussed a new ionic component, navigation and theming.