Before going to start the development of windows apps, lets take a look into the apps life cycle. As you know windows 8 can load and run multiple applications at a time just like to previous version of windows. More over Windows 8 is very smart in the management of running apps, it can automatically suspends (and sometimes terminates) apps that are running in the background or not in use to save the system memory and battery of your windows 8 device like laptops,tablets & phone etc.

Windows 8 automatically launched the suspended or terminated apps when it is requested. In this way your windows apps will always feel alive. 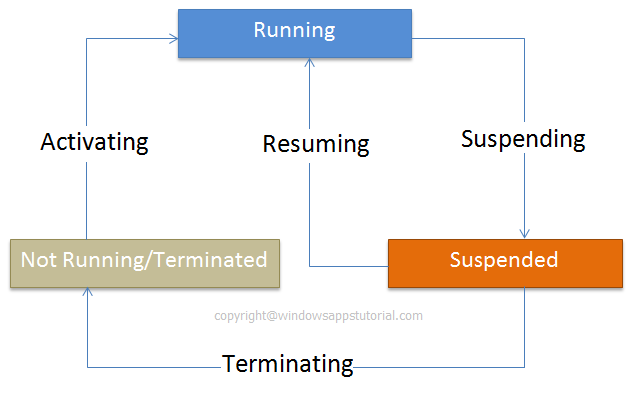 I hope you will enjoy the tips while developing your windows apps. I would like to have feedback from my blog readers. Your valuable feedback, question, or comments about this article are always welcome.